Today is Chandler and my 7th anniversary! To spare everyone the mushy stuff, I'll just say that I'm very lucky to be married to a great guy who is also my best friend. Love ya babe, can't wait for Sushi tonight! Now I'd better go call Chan and tell him to read our blog..... 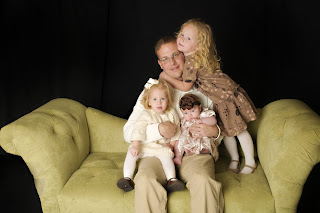 Posted by Chandler and Angie at 2:09 PM 4 comments:

Happy Birthday to the Coolest Aunt EVER!

Today, my Aunt Wendy Annette Wahlen has a birthday and turns 25 (close enough)! All the Wahlen cousins will agree that their is no cooler lady around than Wendy. She is so awesome that we even named little Quincy Annette after her in hopes she will be half as neat. Wendy is a great teacher in Long Beach and is working hard to get certified to become a principal. The kids she teaches don't have much going for them in life, but they do have the best teacher who cares about them and teaches them life lessons they might not learn elsewhere. She loves politics (yes, we are related) and got to go help out with Mitt Romney's campaign this year and even got to ride on his plane! She is a great example of ALWAYS standing up for what you beleive in, no matter what. She has a great testimony and loves her nieces and nephews so much and would do anything for us. I have wonderful memories of when I was little and Wendy would go to great lengths to make sure we were always having a fun time. I know I can always count on her and treasure all the time I get to spend with her. I love you Wend, hope you have a great day and a great Christmas! You deserve it! 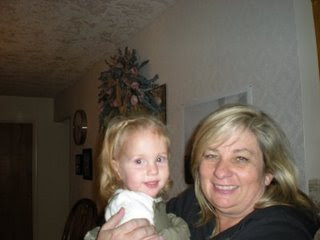 On Saturday we had our annual Christmas party with all our employees and their spouses. We are really blessed to have great people to work with. They keep our business running smoothly and are great to be around. Dori is our office manager and one day my Dad asked McKinley what her dad does for work and she said "Oh, he works for Dori." We really are grateful to all of them and it was fun to get together and show our appreciation! Thanks Guys! 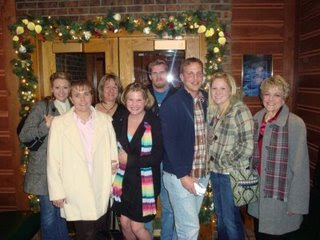 From L to R: Emily, Dori, Connie (my Mom), Abby, Destry, Chandler, Me, and Jane. PS. Thanks to Abby for the picture.

Posted by Chandler and Angie at 9:44 AM 2 comments:

Halle calls her sippy cup her "wa-wa" and the term has been taken up by all in our household. If the "wa-wa" cannot be found it is a bad time in the Daw household. This morning during family prayer Halle was crying for the "wawa." McKin was saying the prayer and said "Please bless that Halle can find her wawa, so that we can have the Spirit of God." AMEN!
Posted by Chandler and Angie at 11:38 AM 2 comments:

Is there sugar in honey? Then YES!

So we've been watching ELF quite a bit lately at our house. Tonight Chan brought home some honey from a gift basket one of our vendors gave us and we had spaghetti for dinner and McKin said she wanted honey on her spaghetti like ELF (he had syrup, but it's all sugar). We let her try it on a little piece because we thought she would think it was disgusting and stop but she loved it and had honey on all her spaghetti. YUCK! 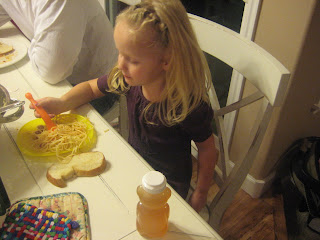 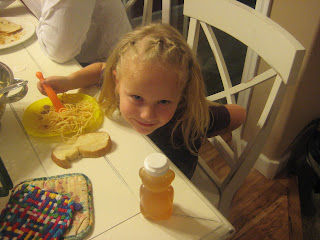 Posted by Chandler and Angie at 8:02 PM 4 comments:

A lot of people have asked who did our Family Photos, so rather than respond to each one, I thought I would just post it. We got them done with Bobbi Thomson of Journey Photo in Pocatello. She charged $250 for our family and then just gives you a CD and prints and you can order whatever you want. I think they turned out pretty good, although I'm slightly biased.
Posted by Chandler and Angie at 1:16 PM 4 comments:

Bright and early Saturday morning (who eat's breakfast at 8:00 AM on a Saturday? CRAZY!) some of my friends and I took our older kids to eat breakfast with Santa & Mrs. Clause. It was this cute little thing they were doing at the Christmas Tree Fantasy in Blackfoot. It was way cute! They got coloring stuff, little gift bags, huge breakfasts, and got to hang out with Santa, Mrs. Clause, and a REALLY random artic wolf named Elizabeth. They kept telling the kids that she helps in the North Pole. I've never really seen wolves associated with Christmas, but I'm open to new ideas. After breakfast they got to go listen to a book read by Mrs. Clause and then talk to Santa and draw him pictures. As you can see, McKin had a great time! 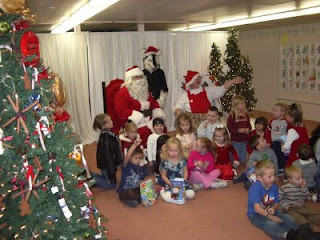 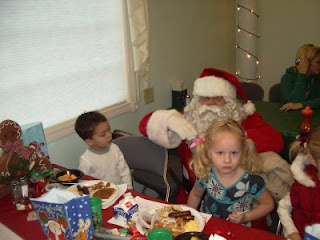 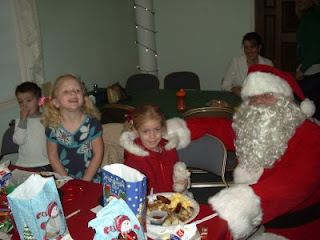 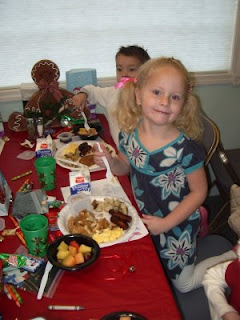 I just love this one, because look how excited Saddie is! She had the cutest Christmas dress on, told Misti that she could be married to Santa, and then Mrs. Clause told her the same thing! 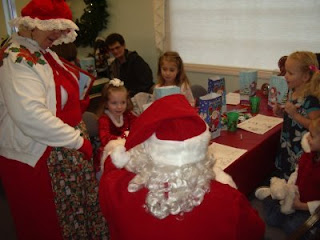 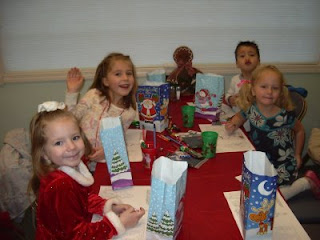 Saddie, Marin, Jase, & McKin. Thanks to my great friends for coming, and thank you to Misti for the pictures. Thank goodness that there are good friends around to help a girl out who can't remember her camera!

McKin's Quote of the Day

"I'm going to tell Santa to put Darth Vader on the naughty list." She's been watching Star Wars with her Dad, heaven help us.
Posted by Chandler and Angie at 5:24 PM 9 comments: 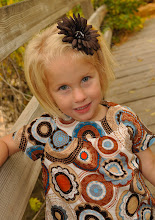 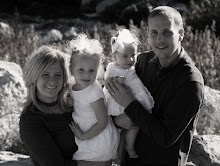